How long do you want to live? While the answer to this question may seem aspirational, for those of us who do want to spend as long on earth as possible, there are plenty of things we can do to give us a better shot at living to a ripe old age. Is longevity a goal of yours? Specifically, how important is it for you to reach 100? I’m guessing your initial reaction is something like, “Sure, I’d like to live to be 100, but…”

If you’re like most people we’ve spoken with about this question, you’d have some key conditions that would need to be met in order for you to want to live that long. To be blunt, living to 100 could actually be horrible, depending on health and other factors. On the other hand, becoming a centenarian could be pretty amazing.

The recently released study, “Hacking Longevity,” led by Lori Bitter of The Business of Aging, revealed how three generations of Americans (Gen X, Boomers and Silents) are thinking about the idea of living to 100. 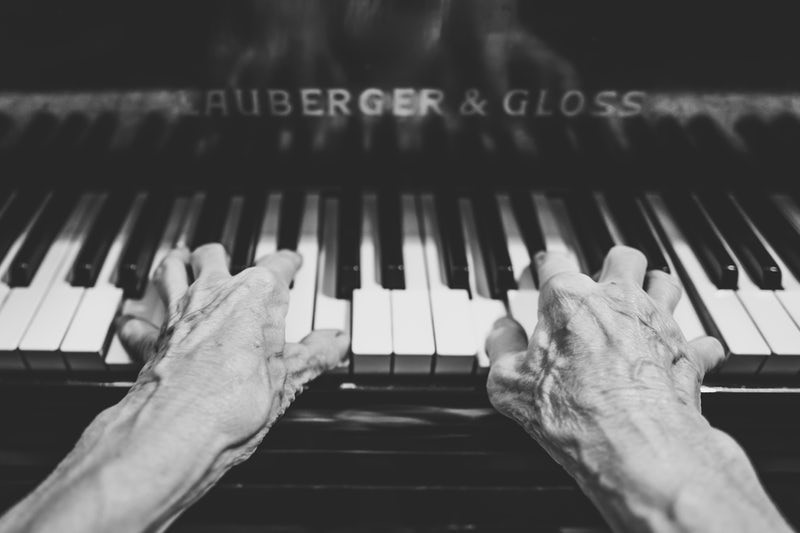 Most respondents did not see living to 100 as a singular, stand-alone life goal. Not surprisingly, they essentially said that living to that age depends on their quality of life. So, instead of asking themselves if they want to live to 100, most instead thought about what it would take for them to want to live to 100.

“Longevity – and aging – are topics that most respondents preferred to ignore, particularly as related to themselves. They pegged their life expectancy close family members' ages at passing. As a result, many people do not fully plan for many of the big steps that occur following a life transition like retirement or needing more help on a day-to-day basis,” said Lori Bitter. 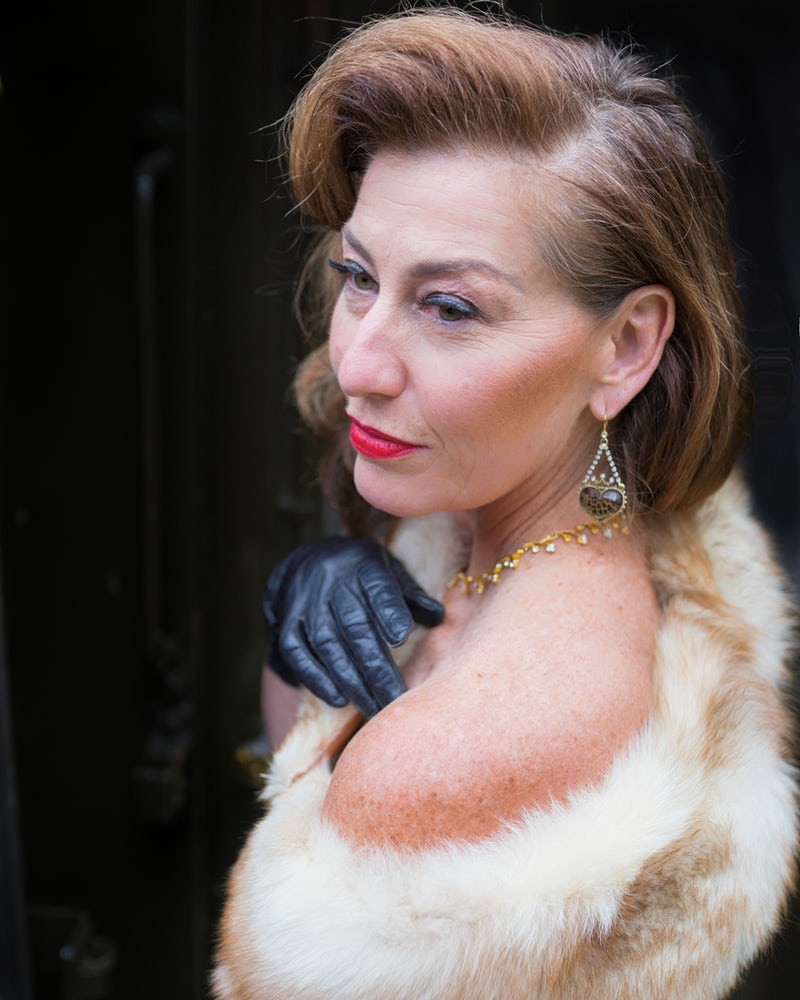 The ever-optimistic Boomers are more hopeful of living to an old age than are Gen Xers and Silents. Asked to pinpoint the specific age they want to live to, Boomers, on average, aspire to live to age 92. Silents are shooting for 89, and Xers, who have the most years ahead of them, only hope to reach 87. But when asked what age they expect to reach, all three generations offered a bit more of a sobering assessment. Silents expect to live to 85, Boomers to 84, and Xers only to 82. While hopes did exceed expectations, remember that the current average life expectancy in the U.S. is 78.7 years; so, all three groups are relatively optimistic. 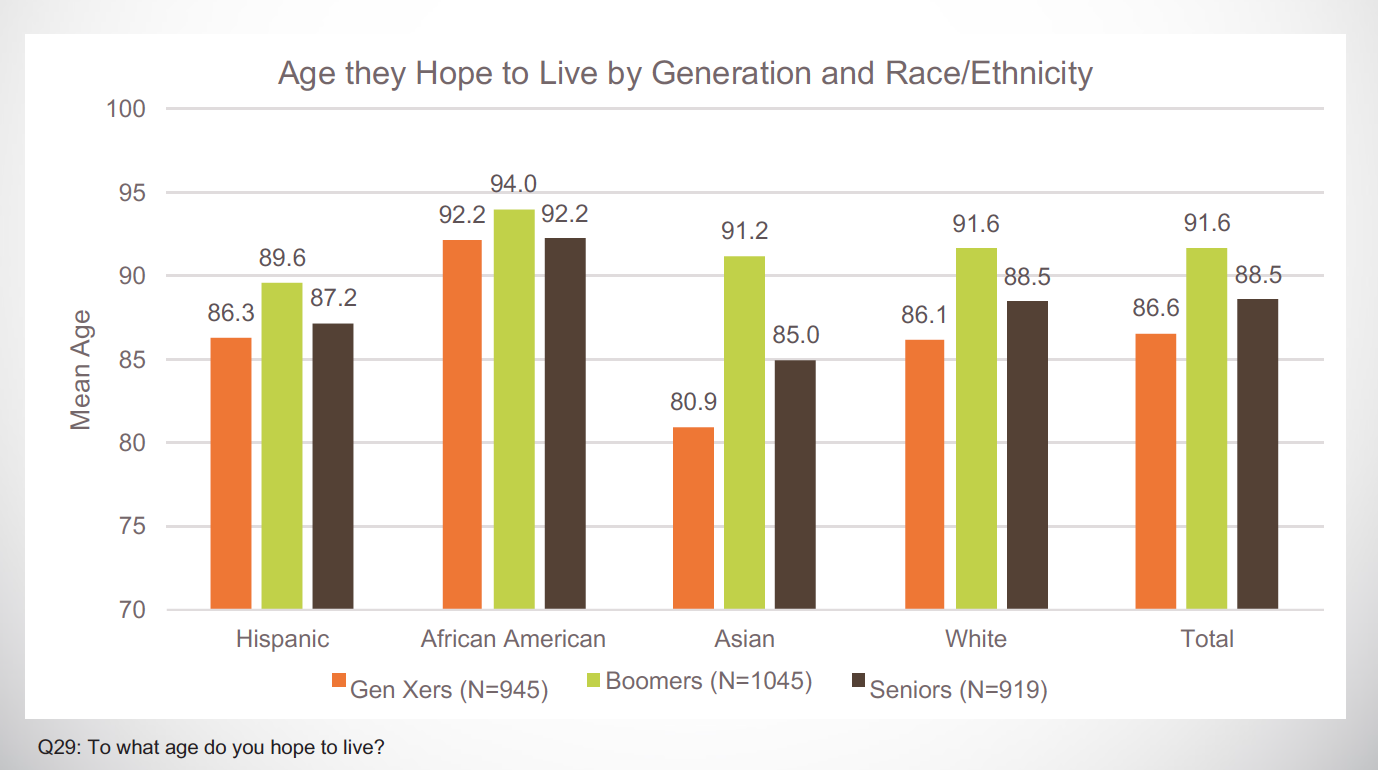 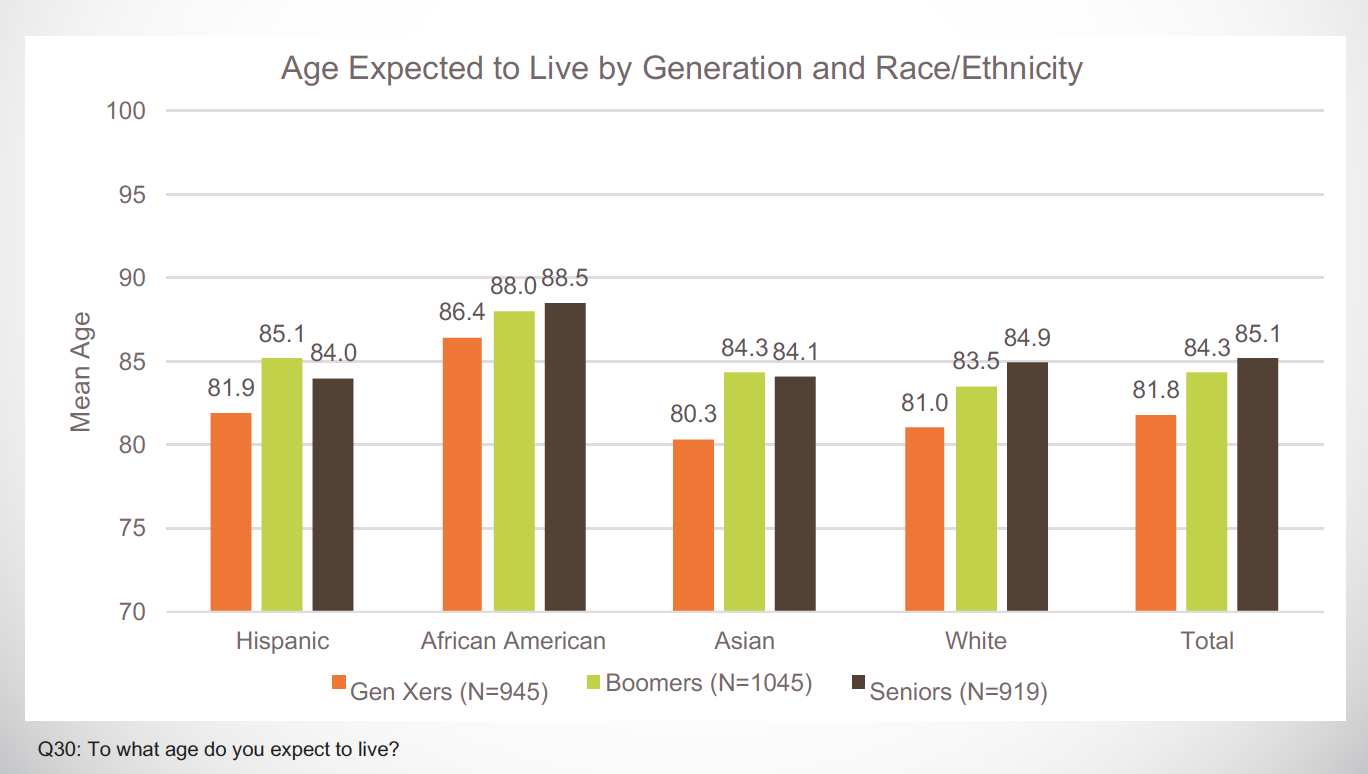 “The respondents believed they could inluence their life expectancy to some extent by taking steps to remain physically and mentally healthy, such as eating well, exercising, and having a positive attitude,” said Biter. “A high quality of life was seen as more important than a long life. There was little enthusiasm for living as an ‘old’ person, which was defined by physical, mental and emotional deterioration rather than a specific age.” 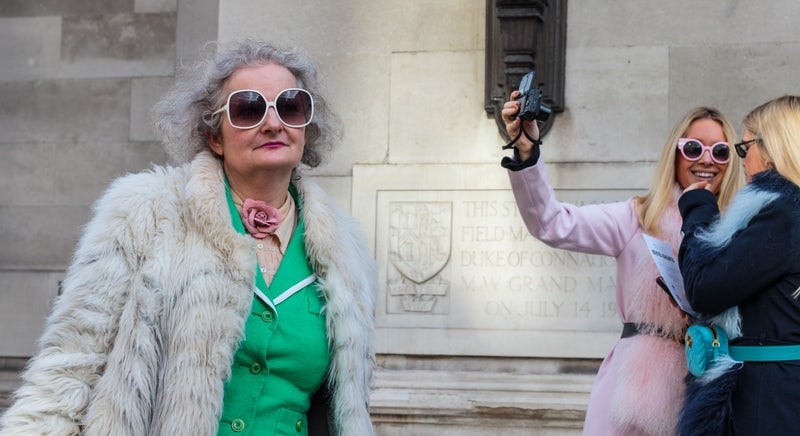 Do these groups have reasons to believe they’ll surpass the average life expectancy? Are they doing something to reach their goal of living to 100? For the most part, they claim they are -- particularly those farthest from becoming centenarians. Approximately 70% of Gen Xers and Boomers say they are doing something specific to increase how long they live, compared to only 57% Silents. Not surprisingly, the most commonly employed tactic by the two oldest cohorts to live long is to eat a healthy diet. Xers are the biggest proponent of working out to help them get to 100. The majority of Silents say they also work on getting plenty of sleep and focus on thinking positively. 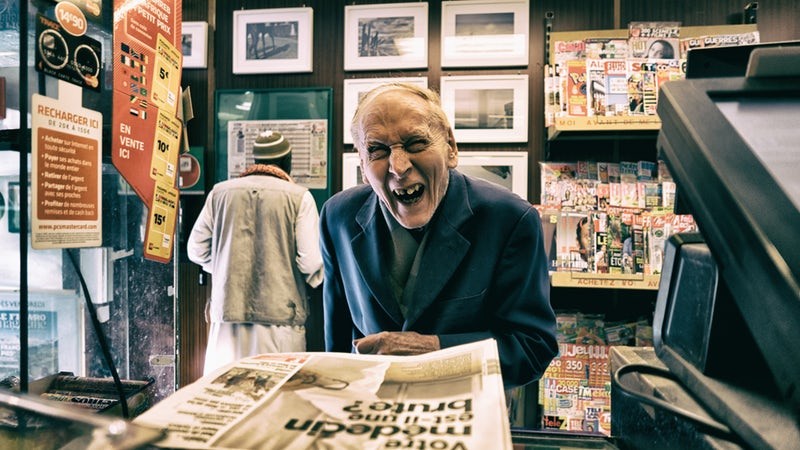 While living to 100 may seem like an abstract goal for Gen Xers and younger Boomers, this milestone is no longer on the other side of the horizon for older Americans. This study showed that we prepare for longevity differently at different lifestages. Though Xers deprioritize the importance of a good-night’s sleep and avoiding stress (they say they’re too busy at work and with their kids) they see the value in getting to the gym. And, while they are health-focused, Silents simply are not big gym-goers; so, they approach aging and wellness differently, making sure they are well-rested and well-fed. There are significant generational differences as well, particularly in how each generation uses technology and views personal fulfillment -- but we’ll save those insights for a later piece.

All generations do agree that longevity isn’t everything and that the quality of their years is far more important than just living through them. But the way in which try and reach their longevity goals differs, and it’s critical for those serving aging members of the population to understand how each generation wants to grow old.